For Thirteen years, we have continued our father’s legacy and hence we have became Hajj and Umrah Specialists.

Taking pilgrims on their blessed journey is not an ordinary travel and requires more effort than a normal holiday. Apart from the extra logistical matters, we take a personal approach in delivering the best experience to each of our pilgrims. This is because everyone is different and everyone has their own needs and expectations, our goal is to strive to rise above them.

Every year, after a successful Hajj journey, most of our pilgrims enquire for holidays in different destinations. They have seen our involvement and dedication to making things happen as they should and now their trust has grown on them, that we will provide for them the best holiday anywhere else in the world.

This is how Britannica Travels was born. 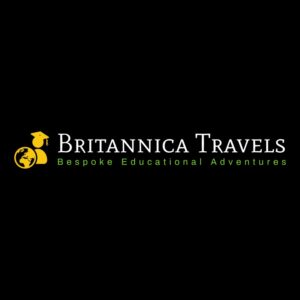 Over the years, we have travelled in around 43 countries and in all our travels we love talking to the locals and other travellers. Local people are the best to gain a proper insight, telling us about hidden gems and the most popular places to visit. This crucial feedback, allow us to create bespoke packages that you won’t find anywhere online. Travellers we meet during our expeditions, give us feedback about their accommodation, what they liked and what they didn’t during their holiday. These are our main resources when creating our excellent itineraries for our clients. Not to mention… our very own experience confirming the above sources and adding that extra touch.

How do you ‘Britannica Travel’?

The concept is simple.

We speak to you directly, we like to know our travellers, we want to find out what you like to do on your holiday, whether you enjoy relaxation on a wellness holiday or you are more adventurous and want to explore your new surroundings. Upon gathering your requirements, we work on options that will show you suitable packages and together we will create an itinerary for your dream holiday.

When you book with us, you will be fully equipped with all the necessary information for your travel.

Bespoke, because we create your holiday package based on your wishes, we take in consideration all your personal needs and we do our very best to accommodate them.

Educational, because we believe that the best way to fully experience your destination is to learn about it; its history, culture, traditions and customs.

We will recommend amazing places and the beauty of it all, is that you will end your holiday but your feelings and memories will continue to live in your heart and in your mind for a very long time.

Adventures, because every journey is an adventure in itself and there’s no fun without it.

What is Halal Travel?

The term “halal” is translated from Arabic as “permissible” and refers to any product or activity that is lawful in accordance with the Islamic law.

Halal is primarily associated with foods and beverages which are prohibited for Muslims.

Simultaneously, “halal” also covers all aspects of a Muslim’s life. Beliefs and rituals include reading the Quran, daily prayers, complying with modest dress code and manners, and avoiding unpleasant places.

In 2015, Muslim travellers spent $151 billion globally. This excludes the spending during religious pilgrimages to Mecca (Hajj/Umrah).

The revenues derived from the so-called “Muslim-friendly” tourism industry were estimated in 2015 at $24 billion.

Is Halal Travel only for Muslims?

Upon hearing ‘Halal Travel’ or ‘Muslim Tourism’, one would automatically assume that the travel packages or destinations using these terms are exclusively designed for Muslims only.

Yes, the majority of travellers are predominantly Muslims, however there is an increasing number of non-Muslims enquiring for similar facilities.

Here at Britannica Travels, we have seen an increasing number of young professionals enquiring about packages with private swimming pools, quiet ambience areas where they can relax far from noisy night-clubs or people being too loud in the hotel corridors after midnight.

Focusing on Halal Travel, we are in the position to cater for all requests our customers may have.

What are the Business Developers saying?

As more Millennial Muslims are travelling around the world, the hotels, resorts, airlines and restaurants are adopting the Halal way of running their businesses and they are seeing increases in their revenues.

“It is not going to have a lot of investment to do that and the non-Muslims tourists are not going to be disturbed by the facilities we are giving to the Muslim visitors. We are cutting off the alcohol and we are closing our music club house and the revenue is going up 20% per annum”. 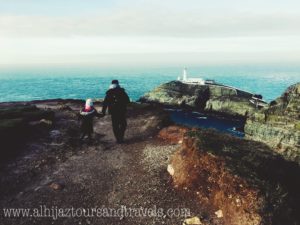 What about the countries with a lesser Muslim population?

In Muslim countries, it is much easier to find all the facilities needed to enjoy a holiday without worries. There are private or segregates SPAs and swimming pools, there are children playground areas, all the food is halal, so Muslims tend to choose those countries for their travels.

However, non-Muslim countries are starting to see the opportunities as the Halal Travel sector is booming and they are starting to implement the necessary changes in order to attract more tourists.

In the Philippines, Christians form 90% of the population, however great efforts are being made to capitalise on the spending power of Muslim travellers.

“It is now a national policy in the Philippines to develop Halal Tourism. Emerging orders from the Ministry, from our Minister himself, is to talk about Halal as a lifestyle. A lifestyle not only for Muslims but also for non-Muslims, because of the principles that it embodies like stewardship of the Earth, high standards of sanitation and living a modest life. Those very important virtues and principles are also very close to the Philippinos’ hearts.” 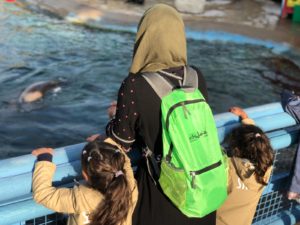 We are personally travelling as a family to discover amazing locations where you and your family can create unforgettable moments during your holiday.

We believe that Halal Tourism is about giving Tourists the choice. Britannica Travels team strives at all times to create the best packages for our customers of all backgrounds and preferences.

At Britannica Travels, our newly introduced brand by Al-Hijaz (Tours & Travels) Ltd, we always aim to get to know our clients more personally, therefore we are able to offer them the best travel experience wherever they choose with the peace of mind that their package is bespoke and tailor made to their particular desires.